ALOR SETAR, 11 May (Malaysiaaktif) – The ability of Kedah’s Pakatan Harapan (PH) government to bring in foreign investments worth RM7.75 billion in the first quarter of this year, is among its huge accomplishments for the state so far.

With this achievement, Kedah is on track to realise its RM10 billion investment target for the year, and the realisation of its proposed mega project, Kulim Airport (KXP), will put the state under foreign investors’ radar.

“However, (under PH administration) the investments received in the first quarter had already surpassed the total amount received in the last two years, and based on current trend and momentum, we will be able to attain the RM10 billion target within the next three quarters,” he told reporters during a special interview in conjunction with first year anniversary of PH’s administration at the Menteri Besar official residence Sri Mentaloon, here.

He also said Kedah was fortunate to have launched significant projects such as KXP which had received quite a positive response from all over the world including investors from Europe.

Mukhriz said the accomplishment was achieved through hard work by PH’s leadership to restore foreign investors’ confidence after their lack of faith to invest in the country prior to the 14th General Election.

“We understand that if we want to attract investors, they must have faith not just in Kedah but also in Malaysia as a whole…in the last three years, investors were indeed lacking confidence in Malaysia due to all sort of reasons such as misappropriation, abuse of power and corruptions.

“This had scared them off, because they were worried if they came to invest in Malaysia, (the government) might change its policies or their operation costs might inflate, or that they have to resort to bribery in order to get any approval, all these are factors that stave off investors.

“But now, it seems there is renewed confidence, investors can see that we are serious in conforming to the process and procedures, (we) have certain regulations (put in place), (it’s) just a matter of expediting the process, that’s all they commented,” said Mukhriz.

He said the state government is always open to receive investment from any country provided that the investors are able to meet preconditions, especially in providing job opportunities for the people.

Mukhriz said every investor who wished to participate in any industry in the state, must ensure the majority of their workers, either at operations or management levels, are locals.

Citing an example of two Chinese investors who have committed to investing in Kedah, Mukhriz said one of them is a company engaged in the paper industry which is expected to create 1,500 job opportunities in Gurun, while the other involved in the food sector will offer 4,300 positions in Bukit Kayu Hitam.

Besides that, he said in driving the state economy, the government is taking an approach to strengthen existing industries by value adding the agriculture sector, especially in paddy plantation as well as the manufacturing sector.

“Maybe we can plant fragrant rice, or go for organic paddy planting or maybe, apart from increasing rice supply for our people, we can export it as well, these are what we are focusing on now.

“As for the industry sector, we have the automotive industry, and during my visit to China recently, they have shown interest, maybe we can attract more investments in the automotive manufacturing sector, some are interested to invest in aerospace, logistics, artificial intelligence and all these are in line with our interests,” he said.

He said industry players can collaborate with these universities to train skilled workers in accordance to their respective needs. – BERNAMA 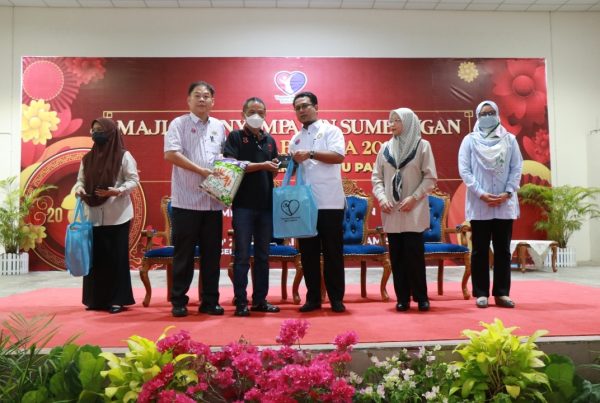